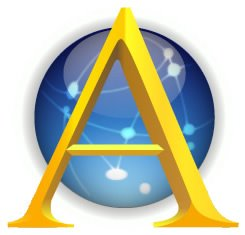 By: Ambrosia Software Version: 1.2 Free to try 3M Downloads
Download
After a successful mission to establish friendly contact with an advanced alien species, the humans of the ship Apollo 2000 learn that Earth has been invaded and occupied by the Cantharan Order, a zealous alien civilization on a crusade to conquer "primitive" cultures. Fortunately, the humans gain the assistance of the Ishiman Protectorate, which agrees to help the humans fight their new enemies and refit the Apollo 2000 with powerful weaponry. Since the Apollo is no longer a vessel of peace, a new name is in order for the craft: Ares. Ares 1.2.0 now includes Hera, a full-fledged scenario editor. Now you can modify Ares' built-in scenarios, play scenarios made by other Ares fans, or even create your own custom scenarios.